The Future of Tor

Posted by Patrick Richardson on June 24, 2015 in Uncategorized 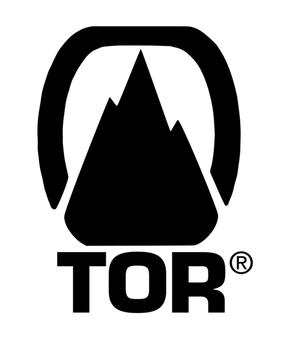 Peter Grant has declared it Tor boycott season (http://bayourenaissanceman.blogspot.jp/2015/06/the-tor-boycott-is-on.html ) and in principle I’d be happy to join. Unfortunately there’s a minor problemette that I discovered while reading about and commenting on this whole Tor thing, most recently Sanford’s post (https://otherwheregazette.wordpress.com/2015/06/18/being-lost-in-a-sea-of-authors/ ) and a post by Patri Freedman (http://patrissimo.livejournal.com/1500835.html ). The posts inspired me to take a look at my book buying habits and it turns out I jumped the shark gun on the boycott thing because it seems I’ve been boycotting Tor for a while now. Not intentionally, but that’s probably more serious for Tor and its owners than a straightforward determination to boycott. You see Tor don’t actually publish books I want to read and, Kevin J Anderson apart, haven’t done so for a few years.
I’ve got a bunch of older Tor books on various bookshelves. I’ve got a bare handful first published in the last decade and some of them I regret buying, for example  Scalzi’s “Redshirts” or which ever Weber Safehold book it was I bought twice by mistake (if you can’t remember reading a book until you are about 3/4ths the way through then you’ve lost interest in the series). Looking back with 20/20 hindsight there were signs of the problem earlier. Charlie Stross’ Family Trade books were, according to him, essentially edited by Tor so that each volume was the same length even though that meant that in vols 2-4 (or so, I forget precisely) each book ended on some kind of irritating cliffhanger with no plot resolution at all. I disagree with Stross’ politics and that certainly leaked over into those books, but he’s quite capable of creating books in a series that have actual satisfying endings even if you know about (and want to read) sequels – The Laundry series for example – so I tend to believe him when he says it wasn’t his choice. Given that the books were published a year apart that made no sense at all. Moreover, Scalzi and Stross aside, I don’t believe I’ve bought any new Tor author since 2000. Sure I’ve looked at them on Amazon or on the shelves of a bookshop but I’ve never apparently found one so interesting I wanted to buy it.

I’ve known for over a decade that the Baen logo meant a good book. I had not, until I did that review, realized just how bad it had got regarding the rest of the traditionally published world. The sort of good news, for Tor, is that they aren’t alone. It turns out that apart from Baen (webscription purchased every month + eARCs) I rarely buy any traditionally published fiction these days. The bad news for Tor and all the other trad publishers is that I don’t miss it. I buy lots of Indie fiction instead. And by lots I mean 1 -2 books a week on average.

While this is bad for traditional publishers, it’s far worse for the bookshops. Like many others I got kind of bored of the choice in the Borders/Barnes & Noble gienormous bookstore places a few years ago. Gradually I stopped finding stuff that I wanted to read and that I hadn’t already bought electronically from Baen so now I don’t even bother going in. When I started visiting San Diego frequently a few years back there was a period when I made regular trips down to Mysterious Galaxy but even that has palled. The choice is no better than Amazon and the prices are higher, so, despite occasional guilt pangs, I don’t bother to go there anymore either. I’m not actually sure when was the last time I bought a book in an actual store, but its probably getting on for a couple of years now. This is kind of ironic. After having spent many years in foreign lands where English language books are hard to find, I now live in Southern California where they are easy to get, but I’ve got out of the habit of browsing bookstores and yet I’m still feeding my fiction habit successfully.

One other thing I noticed a couple of weeks ago when I bought a traditionally published book (the final Paks book FWIW – http://www.amazon.com/gp/product/0345533119?psc=1&redirect=true&ref_=oh_aui_detailpage_o00_s00 ) is that the publishers still haven’t grasped the concept of ebooks being significantly cheaper. Amazon sold me that book for less than 50 cents more as a paperback than it (or anyone else) was willing to sell it as an ebook ($8.99 vs $8.54). This of course brings up another point: $8.54 for an ebook that’s already out in MMPB? you bet I have sticker shock and bluntly that’s ridiculous. I can imagine paying that (just about) for an ebook that’s only available in hardcover – and I do regularly buy Baen eARCs for $15 that are unproofed and unavailable in any dead tree format – but if the book is out in MMPB as well as HC then it’s been out for a couple of years now so the way I look at things the price should have dropped to a level that gives author publisher and retailer similar profits without any of the overhead of creating and shipping a physical object. I refuse to believe that anyone makes the same money on the $8.99 paperback than they do on the $8.54 ebook except perhaps the author.

The good thing (in the faint silver-ish lining of the thunder-cloud category) about the Sad Puppies affair and the resulting fall out, is that it has caused me to evaluate my reading habit and to actually put numbers behind my vague feelings that something was rotten in the state of publishing. If I am not alone (and anecdotal data from comments on various blogs and Facebook pages suggests I’m very far from alone) then traditional publishing and book selling is in a world of hurt that can only get worse. I’m not sure what it would take to reverse the course (for book stores there may be nothing that can be done) but I’m pretty sure that bad mouthing voracious readers and denigrating the authors that write books for them, is not going to be a part of a successful strategy.

This leads to the question of whether Tor should continue to employ certain editors. From a business perspective, if I were a Tor exec then I’d fire at least Moshe Feder and Irene Gallo and quite possibly a bunch of others (PNH for example). This would have nothing to do with their right to free speech or their politics but everything to do with their attitudes to

Why? Let me explain using Gallo as an example (a similar analysis is possible for Feder and probably PNH).

Calling (as Gallo did) a large chunk of the readership sexist, racist, homophobic far-right neo-nazis – particularly when it is demonstrably untrue and when such untruths were loudly pointed out at least a month previously – while gloating about making puppies sadder shows a total lack of professionalism and that she is either unable to empathise with a large chunk of potential readers (and hence unlikely to produce stuff that will attract them) or that she is in fact stupid.

When you combine that with her calling one of the books published by Tor and from a best-selling author “bad to reprehensible” the lack of professionalism becomes significantly worse. I am not a Tor insider and I have no idea how much of its gross sales are accounted for by Kevin J Anderson, but I suspect it is in the 5-10% range – at least when combined with co-author Brian Herbert. Publicly bad-mouthing the source of 5% of Tor’s gross income is dumb, particularly given that KJA is already writing Indie published books too. Were KJA to split and were some other likely sympathetic best-sellers (Orson Scott Card, David Weber …) to also quit I imagine Tor would see a massive drop in sales. And even if these authors don’t stop working with Tor, it is hard to imagine new best selling Indie authors such as Chris Nuttal (evidence suggests he’s selling tens of thousands of ebooks a year) or Marko Kloos (ditto) wanting to sign on with a company that disparages them or their books. While I’m sure both – and many other indie authors – would love to see their works in the local Barnes & Noble, both are business people who would also need to see that they didn’t lose money on a deal with Tor (or similar). Right now both get money that seems to be in a similar ball park to the recently announced 10 year Scalzi deal and they don’t have to deal with a publisher whose staff think they are “bad to reprehensible”.

On the other hand firing the loud mouths might encourage them to consider a traditional publisher for some of their output and every publisher needs new best selling authors. Hence termination of Gallo, Feder et al wouldn’t have anything to do with sexism or any other *ism except capitalism and the desire by Tor’s management to make a) payroll and b) profits. As it is, explicit boycott or not, chances are high that Tor will be downsizing soon anyway if it continues on the current course because on its current course it won’t be able to make acceptable profits or to afford to employ so many editors.

← Eat This While You Read That: William Lehman
Level Up: Are you eating enough? →

13 comments on “The Future of Tor”