Posted by Cedar Sanderson on July 29, 2015 in GeekLife 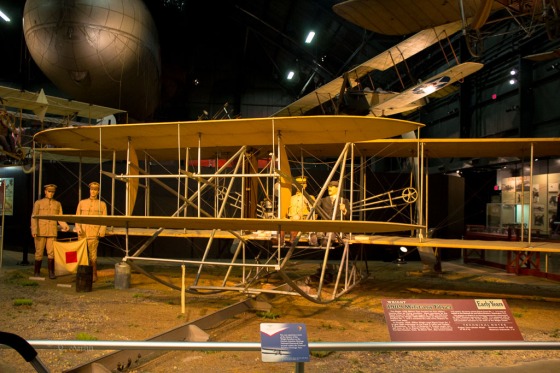 A replica of the Wright Brother’s craft, which made the first powered heaveri-than-air flight.

In this ongoing series about fun summer activities which will engage the geeky kids, I’m trying to talk about ways you can entertain and educate, hopefully sparking interest in the young ones that will grow into a flame for learning more. We’re doing some things which are specific to the area we’re in, like this visit to the museum, but in most cases you ought to be able to find a parallel somewhere closer to your own home.

A friendly guide can make all the difference at a museum.

We were lucky enough to be able to meet up with a friend of mine who is not only serving in the Air Force, but a military history enthusiast. My knowledge of planes is rusty, so I was very grateful for his guiding of the geeky kids through the museum. We only had about two hours at the museum, which wasn’t nearly enough time – it is a vast space, with three massive hangars and more planes outside, without even venturing into the memorial gardens. I would recommend allowing a couple of days to fully explore this place.

Kids being kids, the scale dioramas catch their attention very well as they illustrate real action.

The museum is laid out in a way that brings you in through the gift shop, after a brief security check. Make sure you aren’t carrying any blades over 2 1/2 inches, which isn’t a big pocket knife. The gift shop is full of fun stuff, including lego sets you may see nowhere else, but the price tag reflects that rarity. Just beyond the gift shop you have a choice of the WWII wing on the left, and early aviation history on the right. Both are packed full of planes, hanging from the roof and parked on the floor.

In a non-aircraft corner of the WWII wing, you will find a tribute to Walt Disney, who designed many patches and unit insignia for the boys going off to war, in an effort to boost morale.

We started with the beginning, talking about the balloons and early aircraft. My kids were fascinated with the ungainly machines that first took man to the sky, and the Jr. Mad Scientist was highly amused by the purple and confetti-decorated airplane one of Richthofen’s men flew into battle. As it was pointed out, the earliest men in battle mounted on flying steeds were fresh from the cavalry and the attitude that branch cultivates.

The little Man in an F16 cockpit

After the first two sections, we were running low on time and the kids had specifically wanted to go sit in the cockpits, so we skipped the middle hangar and went straight to the back lefthand corner of the Cold War section, where we knew there was an F16 and an F4. Not the whole plane, but training modules built to allow a pilot to learn safely how to get in – and out – of a cockpit in bulky gear. 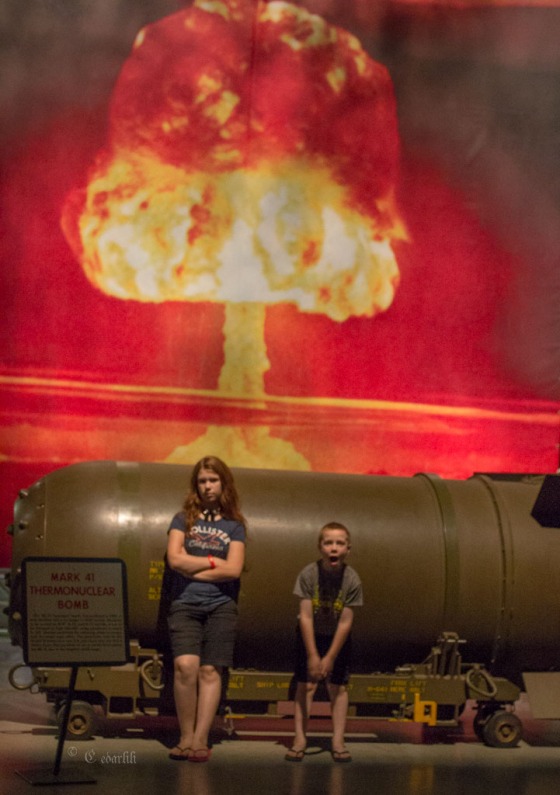 Two kids, tired and a bit overwhelmed at this point!

We did find a bit of a mystery in the modern aircraft. Several of the planes which served in the Gulf War and later Iraq combat had camels painted on them, which we understood and found grimly funny. The crab, on the other hand, was a mystery. Maybe one of our readers will know, and can assuage the geeky kids’ curiosity. 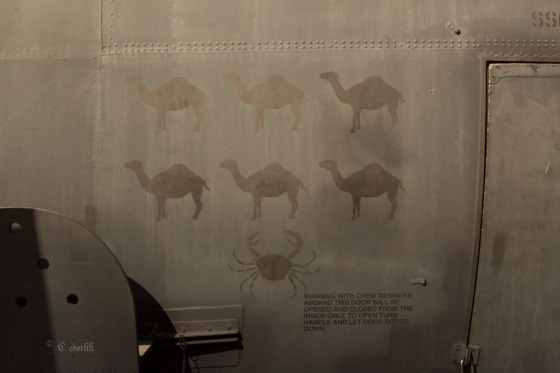 ← Level Up: It’s not all about vanity
Where did the fun in Fandom go? →

2 comments on “Geeky Kids go to the Museum: Part 1”